We all have bad trading days from time to time – that’s part of the game. Even legendary investor Warren Buffett has taken his fair share of hits over the years, including a $2.6 billion loss on International Business Machines Corp (IBM) in 2016.

But the most successful traders and investors in the world would tell you, it’s not about that one losing trade – or even that one home runner…

It’s about increasing the probability of your winners over the long term.

And believe me – you don’t need to have “Warren Buffett money” to do so.

In fact, here is the only “magic number” you need to pave the way for a lifetime of profits…

Don’t Miss: Your best chance ever for triple-digit gains, week after week

Let me start by telling a story…

I took my wife and kids bowling this past weekend. Now this was easily the first time I’ve been bowling in over five years – and I thought I had a good score going… 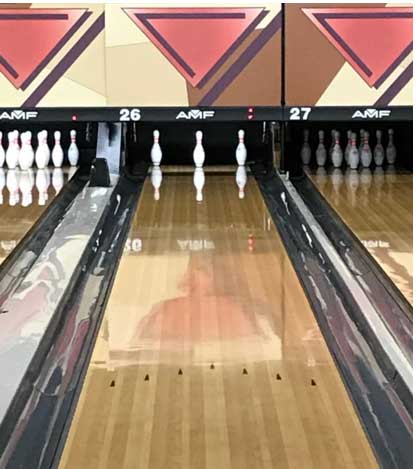 I’d never seen this before – and judging by the number of people stopping to see what happened – I venture no one else at the bowling alley that day did, either. And even though I knew that there was virtually no chance of picking up this spare and bumping my score higher, I still picked up my ball and gave it a go anyway.

Although this unexpected situation could’ve had some real negative impacts on my score, it didn’t actually wipe out my game entirely, and I still had a couple more frames to go. I ended up with a 160 overall – which for not having bowled in over five years – was a good score.

Now you may be reading this and asking yourself, “What on Earth does your bowling score have to do with trading…”

And the answer is – everything.

Even though I had one really bad frame, I had to realize – and accept – that it was just one bad frame. It wasn’t the end of the game, and I still had a couple more opportunities come back and get some points.

And the same thing applies to trading.

But let’s run with a 2% return on average per month, which is a realistic goal.

Say you want to make $2,000 every month. The first thing you need to do – before placing any trade at all – is calculate and determine exactly how much you need in your account to achieve that goal. That comes out to about $1000,000 (in this example), which means you’ll need to have at least that amount in your account to increase the probability of bringing in that $2,000 every month.

Now one way to generate more capital is to alter your risk-to-reward goal.  If you go for a 3:1 reward-to-risk ratio, then you’ll want to shoot for your winning trades to be three times greater than your losses (example: try to earn $300 on a profitable trade by only risking – or stopping out – with a $100 loss).

The 3:1 reward-to-risk ratio gets a little tricky in that you may take losses quicker – and maybe more of them – but when your trades work, they do so three times greater than a loss.  You could even say that one profit erases three losses (and at worst, breaks even).

A larger reward-to-risk ratio also gives you the chance at being profitable at a less than 50%-win rate. So even if you have one of those unexpected moments – like my 7-8.5-10 bowling split – you can still survive and continue to trade.

The most important thing you can do right now is to get proficient with tools that you’re using for your trades and the trading strategies that work best for you. Focus on exercising discipline – not the end result of each trade – and I know you’ll reach all of your dreams.

And of course, I’ll be there to help you each step of the way.

One Response to “The Magic Number Warren Buffett Wishes He Knew”