It’s been a crazy week, to say the least, and we haven’t even touched on this morning’s jobs data.

The wild swings in the market likely have a few of the new kids on Wall Street running scared, but those of you who’ve been with me a while know there are opportunities to profit no matter the market environment.

In fact, I think I’ll hold a SPECIAL LIVE SESSION sometime next week to discuss the insane opportunity I’m seeing in a specific cryptocurrency… I don’t want to give too much away, because I need to do my due diligence, but look for an invitation in your inbox soon.

Of course, my Microcurrency Traders will be the first to know all the specifics, so if you’ve been thinking of trying your hand in the crypto world, don’t let the recent Wall Street roller-coaster spook you.

All you need is the right guidance from a pro pattern trader, and I might know a guy…

But speaking of the market volatility of late, much of that is due to escalating fears about the Omicron variant recently confirmed inside the mainland U.S.

While one group of option traders have been circling pharma stocks on the news, another group of vultures have been preying on a sector that could be vulnerable to the Covid-19 strain…

Specifically, I want to dive into a STOCK that’s gone viral in my Morning Report tool — and I want to remind you how to spot stocks and options attracting feverish attention for yourself.

If you haven’t already downloaded my TG Suite app, that would be Step 1. You can follow the instructions right here.

Once you open the free Money Report tool, at the bottom you’ll see an option to select Stocks in Multiple Tables. 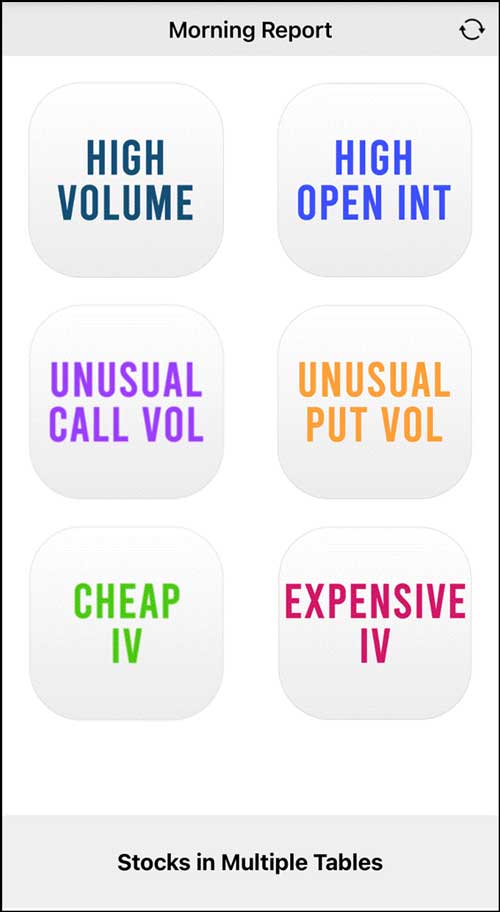 This shows you the stocks that appear in more than one of my Morning Report Watchlists.


Seeing a ticker show up multiple places indicates there is a lot of activity around that stock and its options that day… In other words, it suggests the stock may be going viral, as the kids say, for one reason or another. 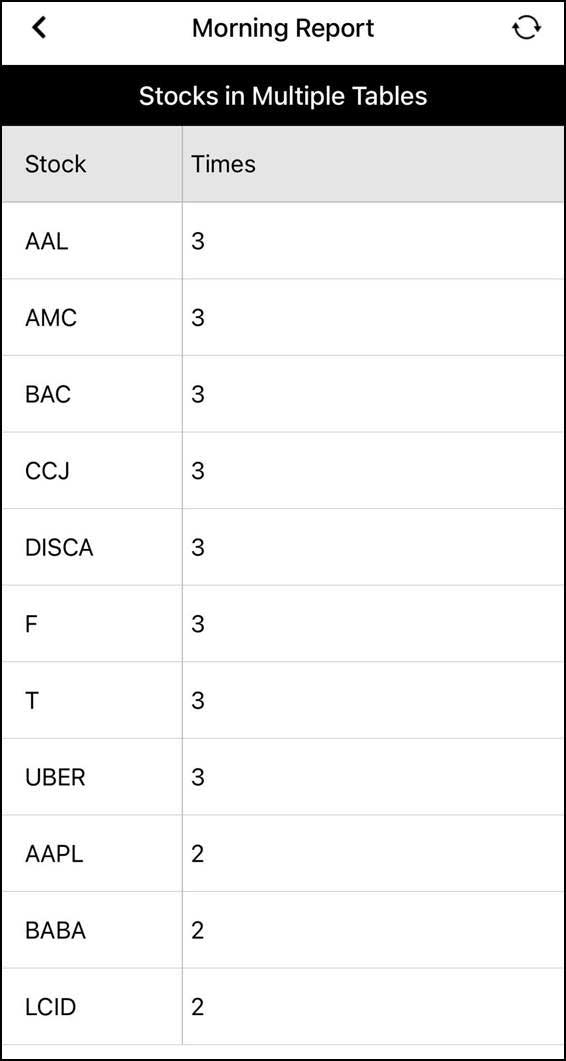 You can see that several equities showed up in three of my six Morning Report Watchlists, including airline issue American Airlines Group (AAL), at the top of the list.

What struck me was the dichotomy between some of the actions.

On one hand, the option that made my High Volume list was an AAL $18.50-strike call expiring next Friday, Dec. 10. 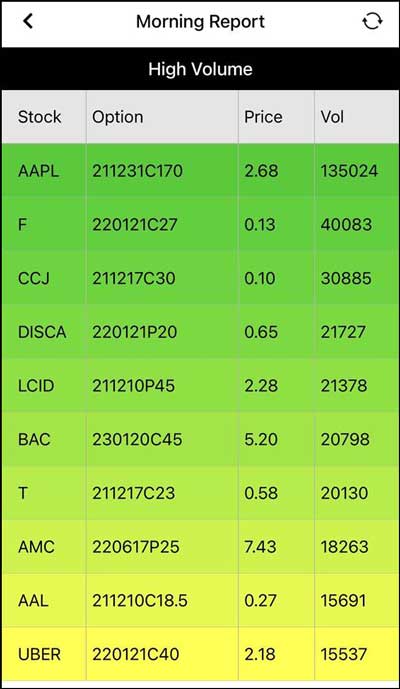 Buyers of those calls are expecting the battered travel stock to bounce back above the $18.50 level within the next week.

That would mean AAL would need to fill its recent bear gap on the charts, triggered by concerns the Omicron strain could once again grind travel to a halt. (If you click on a stock from a Morning Report list, it will pull up a daily chart, like below.) 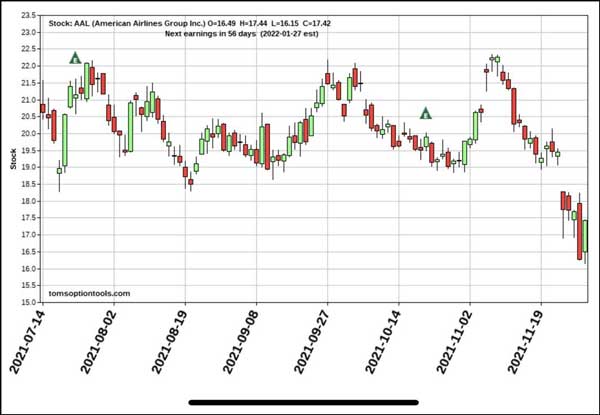 However, the dichotomy can be seen on the other two lists upon which AAL made a cameo.

Specifically, it appears long-term bears are expecting more downside for the airline stock in the first half of the year, with more than 36,000 contracts traded on the June 17, 2022 $14-strike put.

Those puts will move into the money (ITM) if AAL continues its tumble and breaches the $14 level by June options expiration. 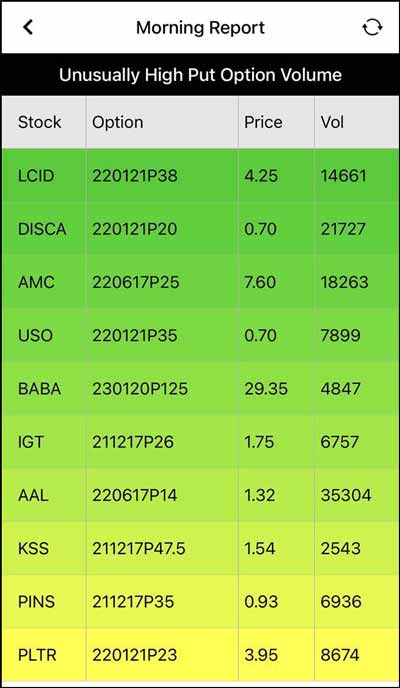 Meanwhile, the High Open Interest list indicates AAL is no stranger to skepticism in the options world.

Because open interest (OI) is cumulative, and because January-dated LEAPS can be purchased with years of shelf-life, we can’t tell WHEN these positions were opened… 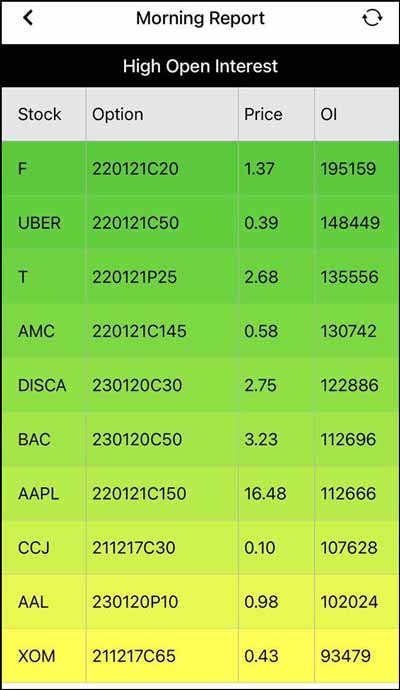 That’s it for now, but don’t forget to watch me at 8:30 a.m. ET Monday on the Money Morning LIVE show! And be on the lookout for the invite to my SPECIAL SESSION next week.

There is a LOT going on in the stocks, options, and cryptocurrency markets, so we have much to discuss, Power Profit Traders.