Yesterday was our Operation Surge Strike edition of the Power Profit Trades LIVE broadcast, which usually means a heavier focus on stocks and options.

Some things we discussed include the stock market being down for the year so far! Despite the gap up on the SPDR S&P 500 ETF Trust (SPY) on Tuesday, there’s a long way to go before it reaches the higher highs and higher lows coming into the end of last year. 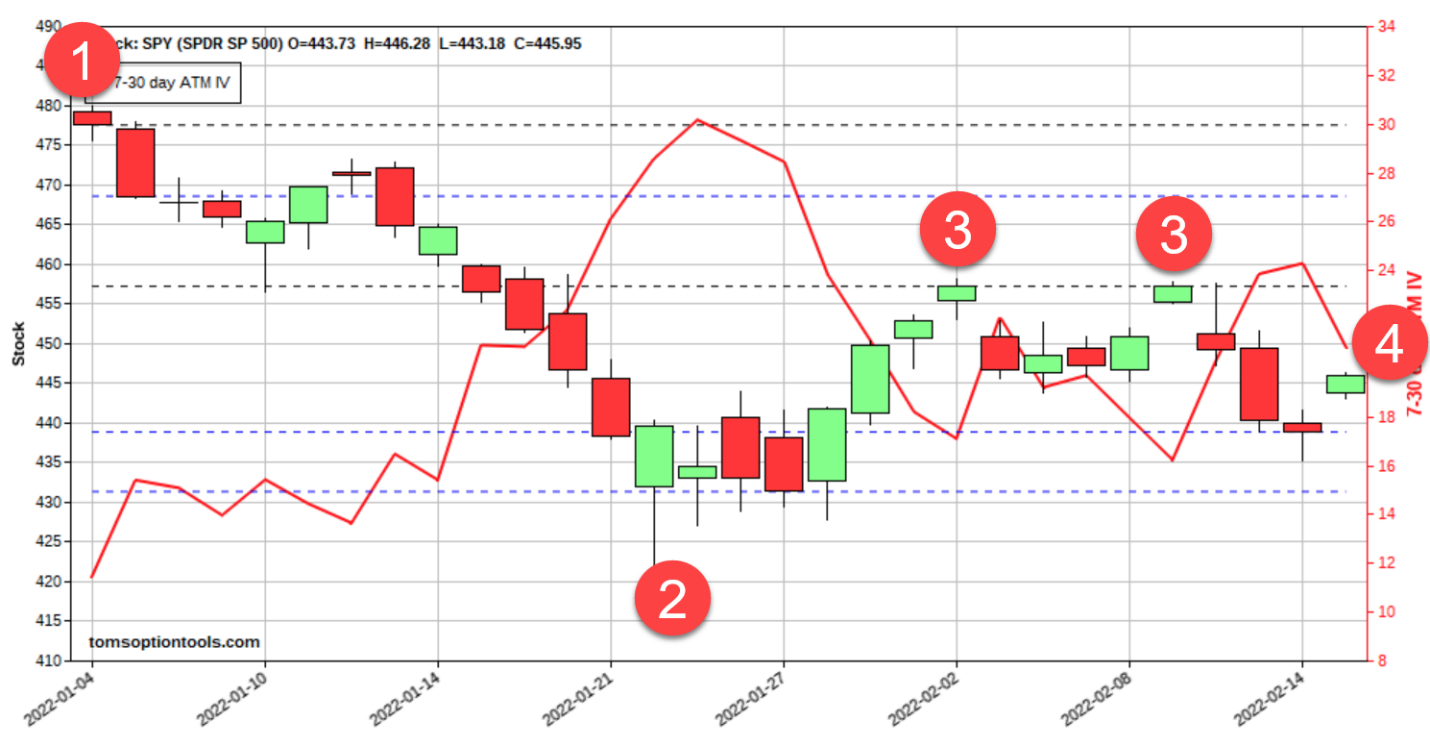 Something big also happened Monday night while most of us were asleep – the conflict between Russia and Ukraine eased (slightly).

This conflict in the East has been bullish for the United States Oil ETF (USO) and of course the SPDR Gold Trust (GLD). When some of that pressure comes off, I expect to see a dip, which is exactly what happened here: 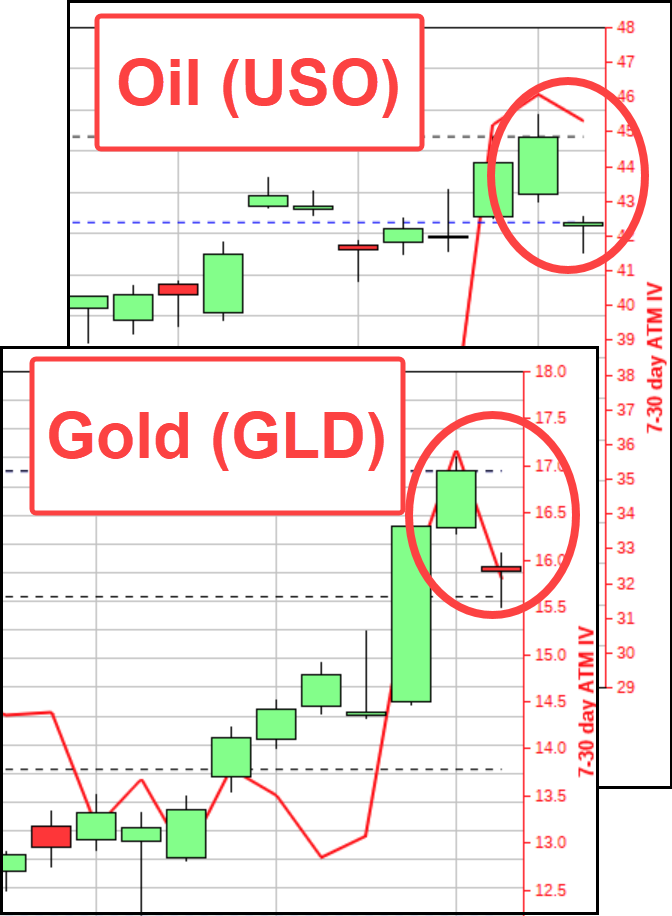 Remember to join me LIVE at 11:30 a.m. ET Wednesday morning, where I’ll discuss even more of my broad-market outlook.

I’ll also be covering some of my top options strategies – including a straddle strategy I have been using on tech stocks in Operation Surge Strike – and a recent winning trade on an oil stock (I’m saving that for the big reveal during the broadcast!)

The Wrong Way to Look at Earnings

When someone decides they want to be an “earnings trader,” the first thing they do is compile a list of all the stocks that have earnings coming up.

That’s the wrong way to look at earnings!

I always check multiple views to determine which stocks I focus on for my “Top Earnings” list. For a more detailed explanation of what those views are and how I interpret them, check out the recording of yesterday’s LIVE trading session!

First, we look at the charts for anything that stands out, like in the case of Wynn Resorts, Limited (WYNN):

This could be the full extent of the move – which means the best time to trade WYNN was a couple of weeks ago leading INTO earnings.

Another example is ViacomCBS Inc (VIAC), which just announced earnings. 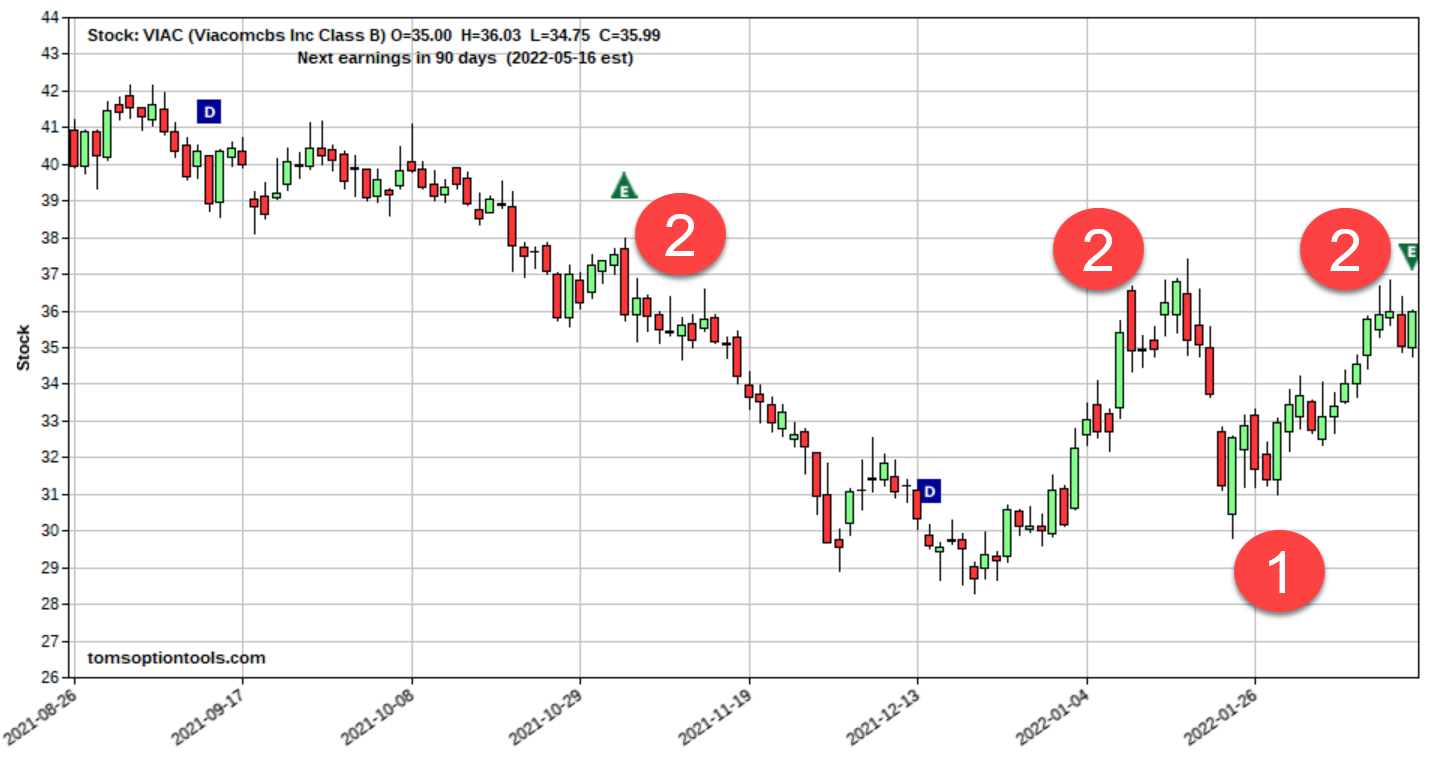 But simply looking at a chart might not be enough to give us an edge in our trading, which is why I also like to look at a graph of the near-term option implied volatility (IV).

If you look at the beginning of January, then at where we are right now, just in the last six weeks we have seen VIAC options premiums increase more than 50%!

That means you are paying 50% more today than you were at the beginning of the year!

How might I play that kind of inflated IV?

Well, there’s another tool I always look at around stocks that are announcing earnings… Operation Surge Strike traders may be familiar, and you can learn more by checking out my LIVE trading session replay from yesterday!

Get in the room to hear all about the