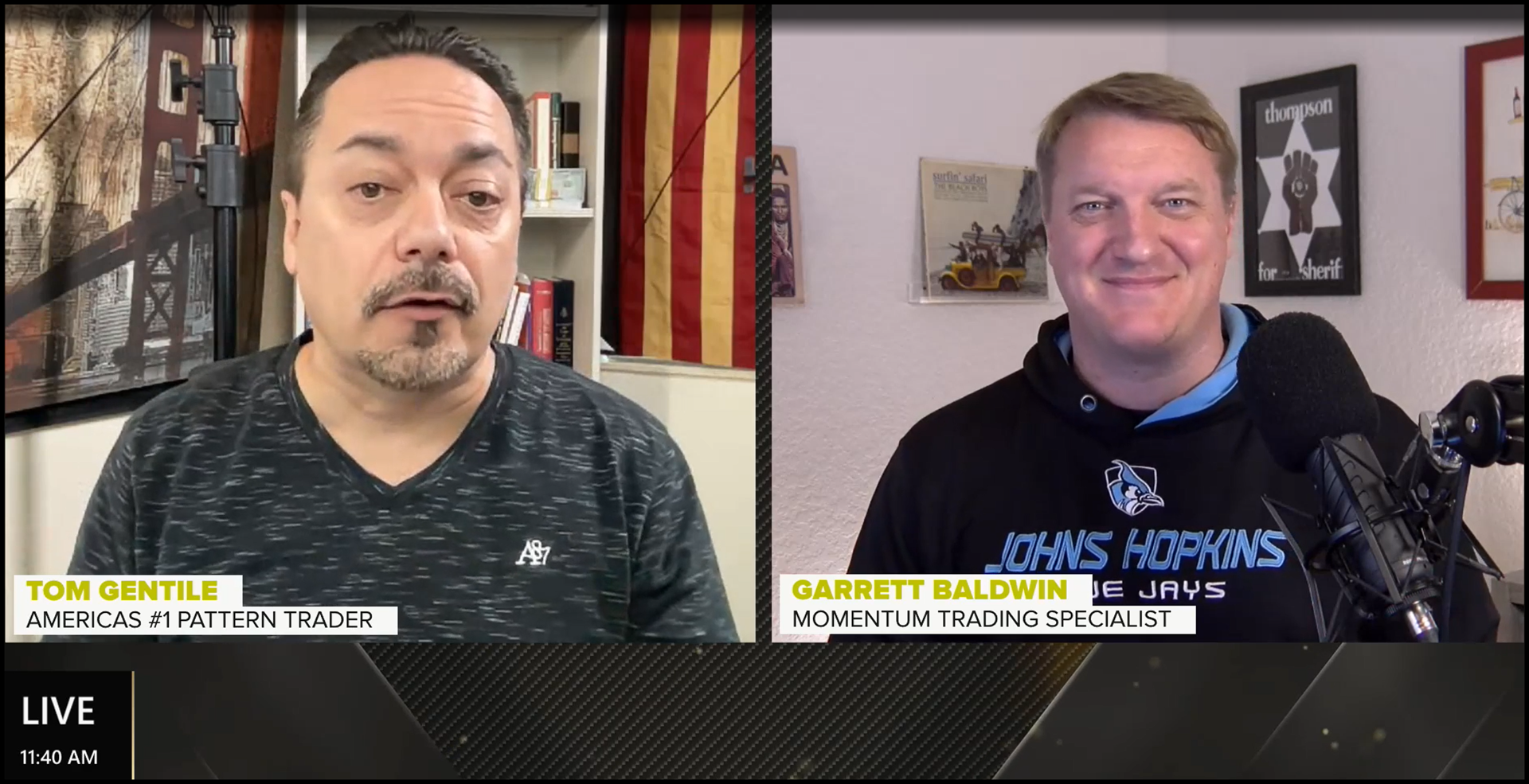 During the special Volatility Debrief session on Tuesday, it was clear traders were hungry for more ways to trade profitably in turbulent market conditions.

I asked my friend and fellow trader Garrett Baldwin if he would join me LIVE to talk about trading in our current market environment; he was happy to help!

He grilled me a bit about Operation Surge Strike and how I look for setups using surges in implied volatility, and even offered his own insights into some of the trigger events BRUTUS has identified for March.

If you missed the session, you can still catch the recording on my Replay Page.

Right before the LIVE session I sent a message out to Surge Strike members to close the straddle positions on Splunk Inc (SPLK), thus banking a small profit just before earnings!

Speaking of profitable trades, I want to reiterate a couple key points (in case you missed them this week):

You’ve been hearing a lot about my Surge Strike group this week, and that’s because I know how difficult it is to be a trader when the market is going haywire!

I also know how daunting it can be to find a competitive edge in trading, and all I want is to help other traders overcome those hurdles that keep them from becoming profitable.

If you’re interested in becoming a member of Operation Surge Strike, don’t wait too long because there are more exciting trades coming and you won’t want to miss out.

BLNK and You’ll Miss It!

In March there is a HUGE opportunity coming for a Surge Strike trade, and I’ve been charged up (you’ll see why that’s funny later) for a long time waiting for it.

Why am I excited about it?

For one, BRUTUS is all over this stock!

Also, options IV is surging like crazy... and we are still a week away from the trigger event, which in this case is something called “Post Lock-Up Selling.”

When a company goes public with an IPO, the people who are considered “insiders” are not allowed to immediately sell the stock they own in the company.

“Insiders” include people who work at the company or were primary investors when it was private.

After the IPO lock-up period, they are allowed to sell their stock, and I am anticipating IV to climb even higher!

I’m so excited about this one, and Operation Surge Strike members will receive an alert with precise entry/exit criteria when it’s time to trade. 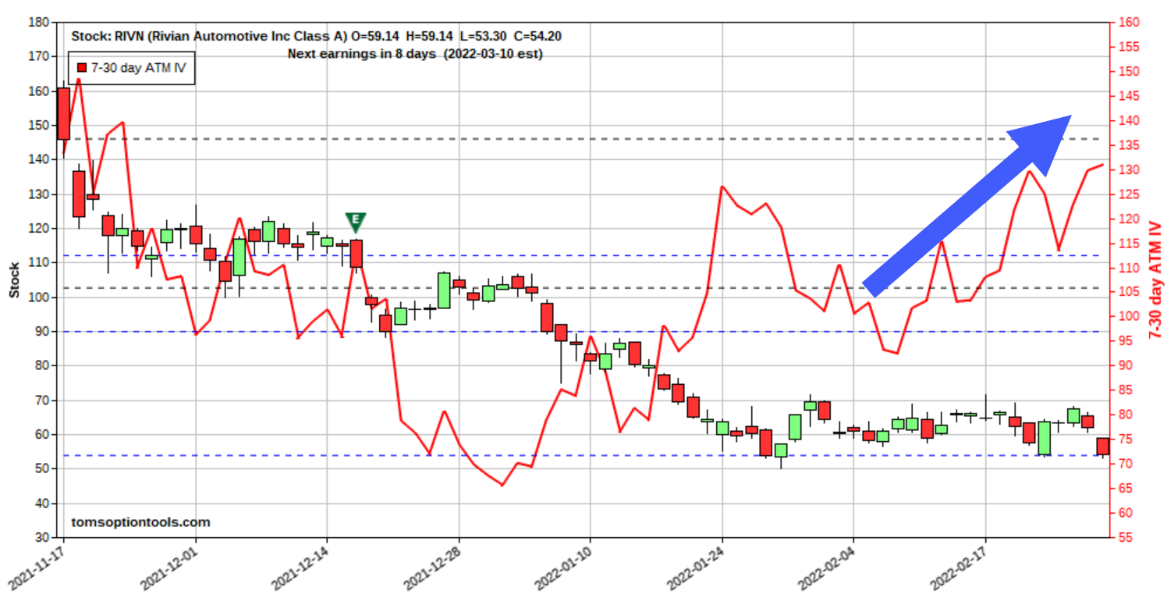 One thing Garrett and I talked about was how BRUTUS looks at four previous earnings dates to find price patterns and volatility patterns, and then displays the setups with the highest probability of success based on current patterns.

We were able to use data like previous earnings and trigger events from correlated stocks such as Tesla (TSLA), to extrapolate a likely outcome for this upcoming move on RIVN.

That brings us to Blink Charging Co (BLNK). 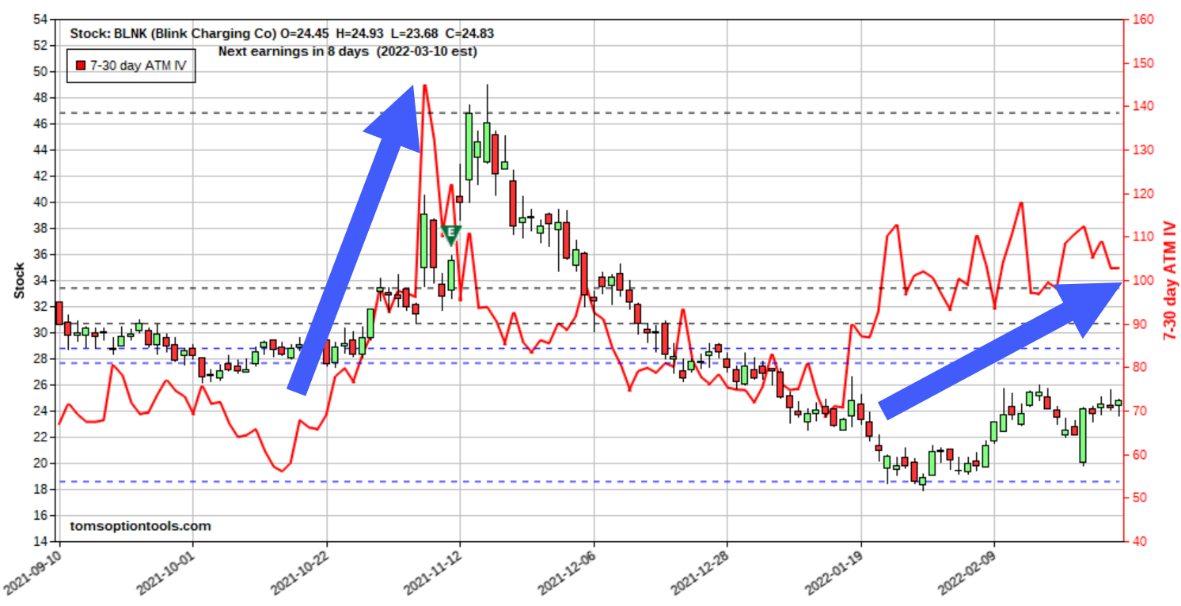 A little over a week prior to their earnings announcement, IV surged and BLNK price ultimately popped above $46 after the event.

But here’s why it’s interesting; take a look at an overlay of BLNK and RIVN: 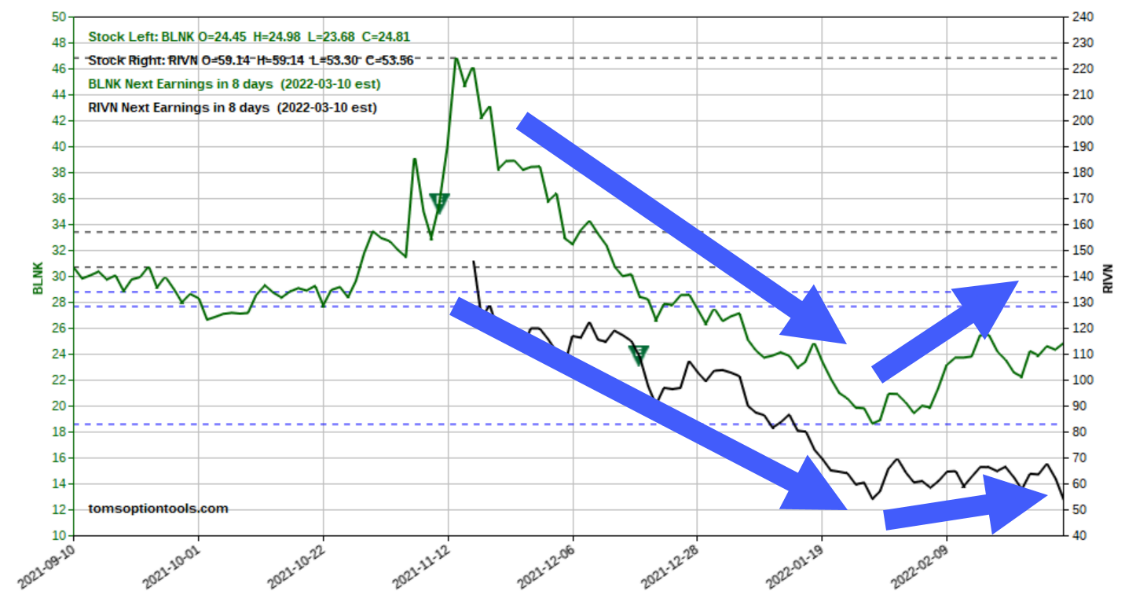 Even though these two companies have very different products, their shares appear to be moving in tandem. In other words, they appear to be highly correlated – for now, at least.

This offers us further insight into possible outcomes for RIVN next week… But you have to be in Surge Strike to get the details around how I might trade it, sorry.

If you missed the LIVE session, remember that you can catch the recording on my Replay page here...

And, of course, catch me LIVE at 11:30 a.m. ET again on Monday, March 7, where I’ll be talking more trigger events and cryptos!