I want to walk you through the process I use for finding these incredible Surge Strike trades using a recent setup on Oracle Corporation (ORCL).

BRUTUS is my A.I. powered trigger event software that searches through thousands of optionable stocks looking for the best upcoming setups.

I take those setups and analyze them with my Operation Surge Strike group and then we trade the most attractive ones together!

With those trade ideas, we are given the type of trade, the open date, the latest close date, and the profit target for the trade.

This takes a lot of the “leg work” out of trading because BRUTUS checks historical setups, then gives us the ideal settings for the trade!

This week in Power Profit Trades LIVE, I’ve got several upcoming trigger events to cover, including one that I’m just as excited about as I was about the recent Rivian Automotive (RIVN) trade!

Join us for the Power Profit Trades LIVE session at 11:30 a.m. ET today where we will be talking about cryptos, and beginning our discussion about upcoming trigger events!

Perhaps you have seen me walk through these steps before, but I want to show you another recent example of how effective BRUTUS can be in spotting Surge Strike setups.

I always start by checking in with BRUTUS to see what setups have been spotted!

Here’s what BRUTUS was showing on March 3, which was seven days prior to ORCL’s earnings announcement.

Under “Buy Date Before Earnings“ it says we should be buying March 3, or that same day (this trade had been showing for a while, so this wasn’t a surprise).

Under “Exit Date Before Earnings” we see the latest date that we should close the trade.

The exit date isn’t always the date when we close the trade, after all we might hit out profit target long before that date arrives!

Now, let’s see what happens if we were to have purchased 10 Puts on March 3!

Here’s the market movement for Oracle Corporation (ORCL) during that period of time: 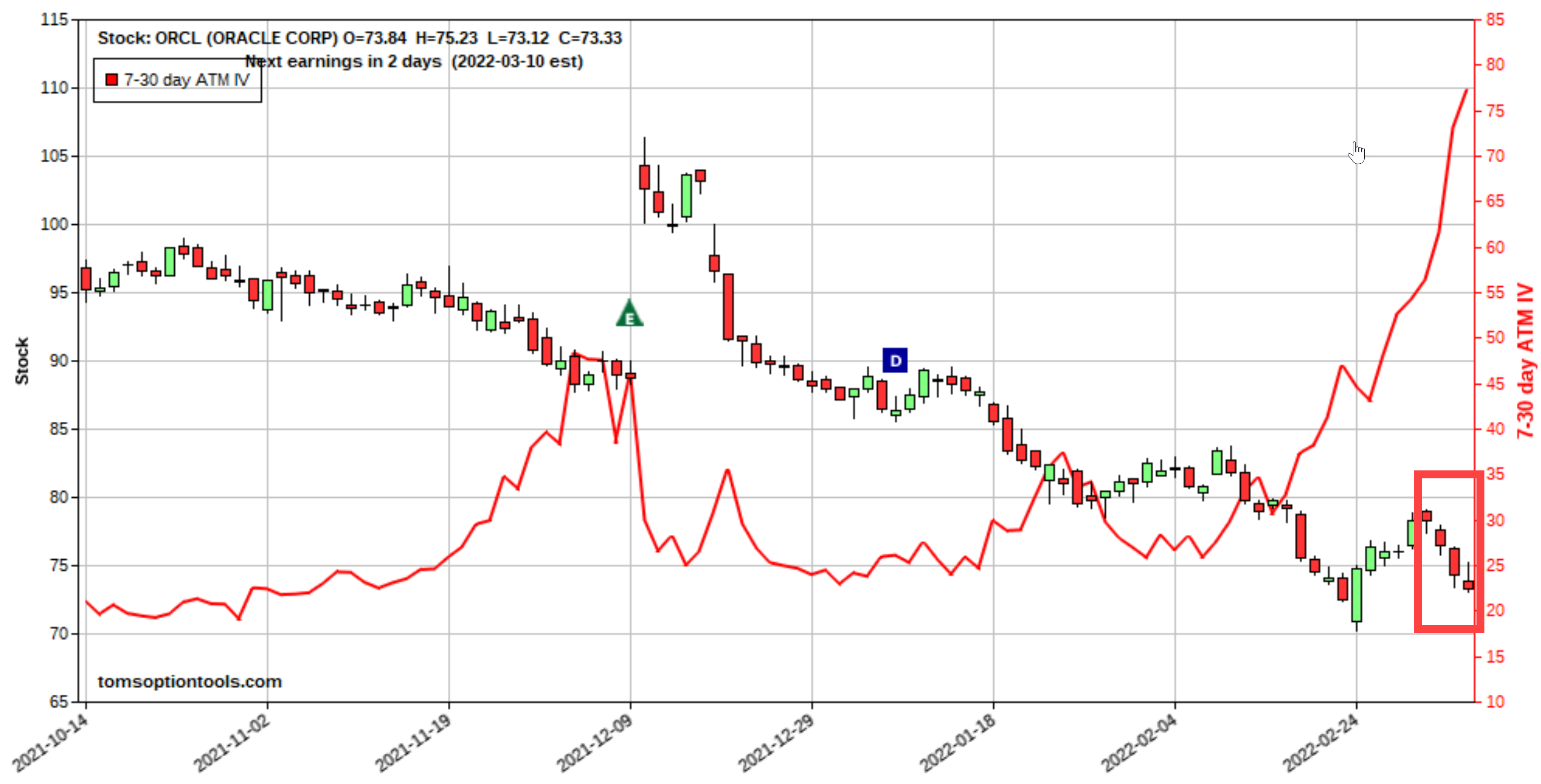 We will be talking more about this setup, and some upcoming setups like it, this week in Power Profit Trades LIVE!

See you soon for our next Power Profit Trades LIVE session at 11:30 a.m. ET!