Yesterday I promised to review one of the conditions for finding Rocket Wealth trades; whether a stock is correlated to an index and the degree to which it is correlated.

I touched on this briefly during Wednesday’s session, but there are some important nuances we didn’t have time to discuss, and they apply to more than just the Rocket Wealth strategy!

First, we need to understand a few terms, then I’ll run through some chart examples and explain what I’m looking for and how to find it!

As part of my Rocket Wealth Initiative, all of this work is being done for our members before we send out trade ideas.

There are several tools I’ve developed to make analysis simpler, and you can see a lot of that as I explain the steps during the replay of the LIVE session from Wednesday.

I’ll also show those tools below, but most of the calculations for correlation can be found on other technical analysis applications.

So, you can use the analysis techniques I’m showing below without the tools I’ve developed!

However, the tools I’ve created over the years are tailored to make options strategies like Rocket Wealth and Operation Surge Strike easier.

We can break it down further and be more granular about specific ranges of correlation, but that’s beyond the scope of today’s newsletter.

Correlation can be measured mathematically using a formula to obtain the correlation coefficient for two data sets; in our case, a stock’s price compared to an index.

I talked about the correlation coefficient and what it means in last Friday’s newsletter, so I won’t go into too much detail today.

If a stock is positively correlated with an index (or another financial instrument) then it means the movements for both instruments are generally in the same direction and by the same degree.

What do I mean by degree?

Two instruments can be moving in the same direction, but their movement can be significantly different, which would make them negatively correlated or not correlated. 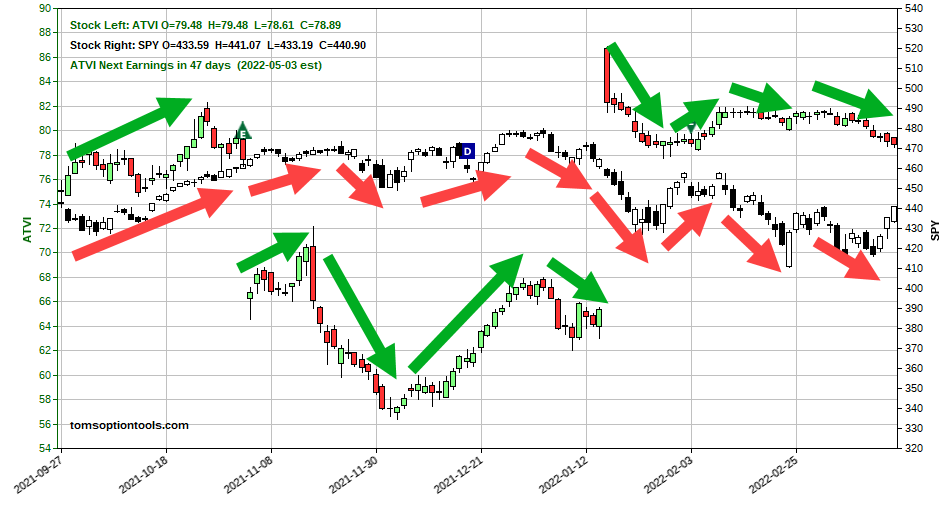 In the chart above, you can see that TECHNICALLY most of the movement is in the same direction for ATVI and SPDR S&P 500 ETF Trust (SPY).

However, with some of ATVI’s movements being so massive, and with some big gaps, these two instruments show as negatively correlated.

This also stresses the importance of doing additional analysis, not just selecting the most positively/negatively correlated stock and running with it!

If there is a strong positive correlation between a stock and an index, then their charts should look very similar.

If there is a strong negative correlation between a stock and an index, then their charts might appear to mirror one another (except in cases like the one described above with ATVI).

If there is a weak correlation, or the correlation coefficient is close to ZERO, then there wouldn’t be much of a discernible relationship between them.

For more details on why I choose non-correlated stocks for Rocket Wealth trades, I covered that quite a bit in Wednesday’s LIVE session, and you can catch the replay here.

The correlation tools I use allow me to compare ALL the S&P 500 Optionable stocks against the SPDR S&P 500 ETF Trust (SPY). 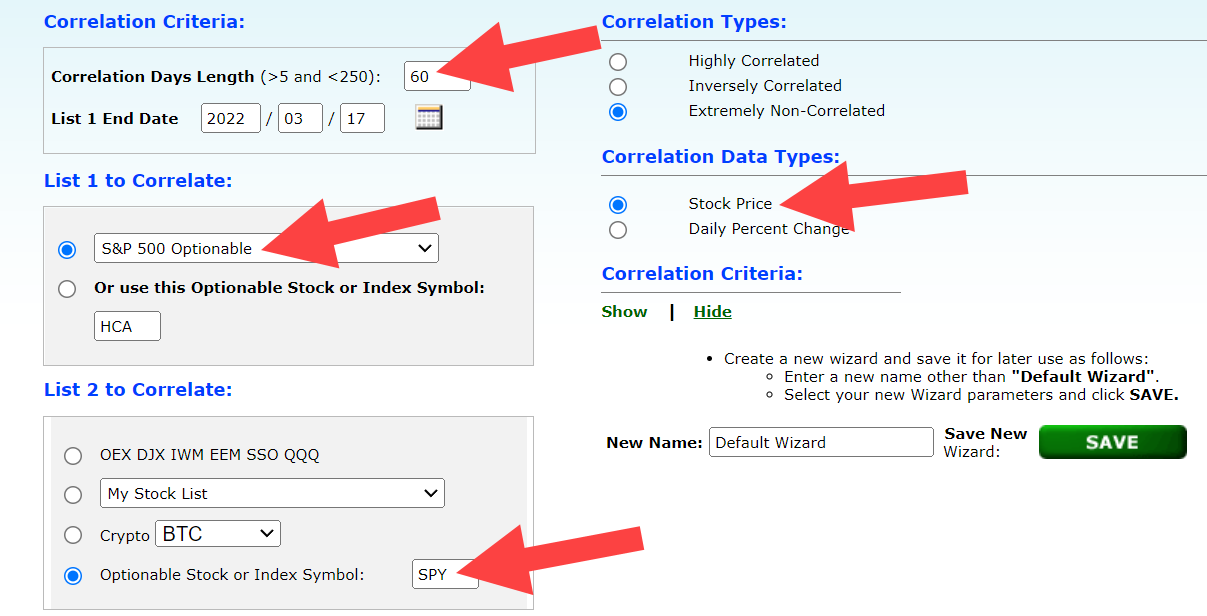 The search above is going to check for correlation between each optionable stock in the S&P 500 index and the SPY for 60 days.

Here are some examples that came in the search from each of the three correlation categories: 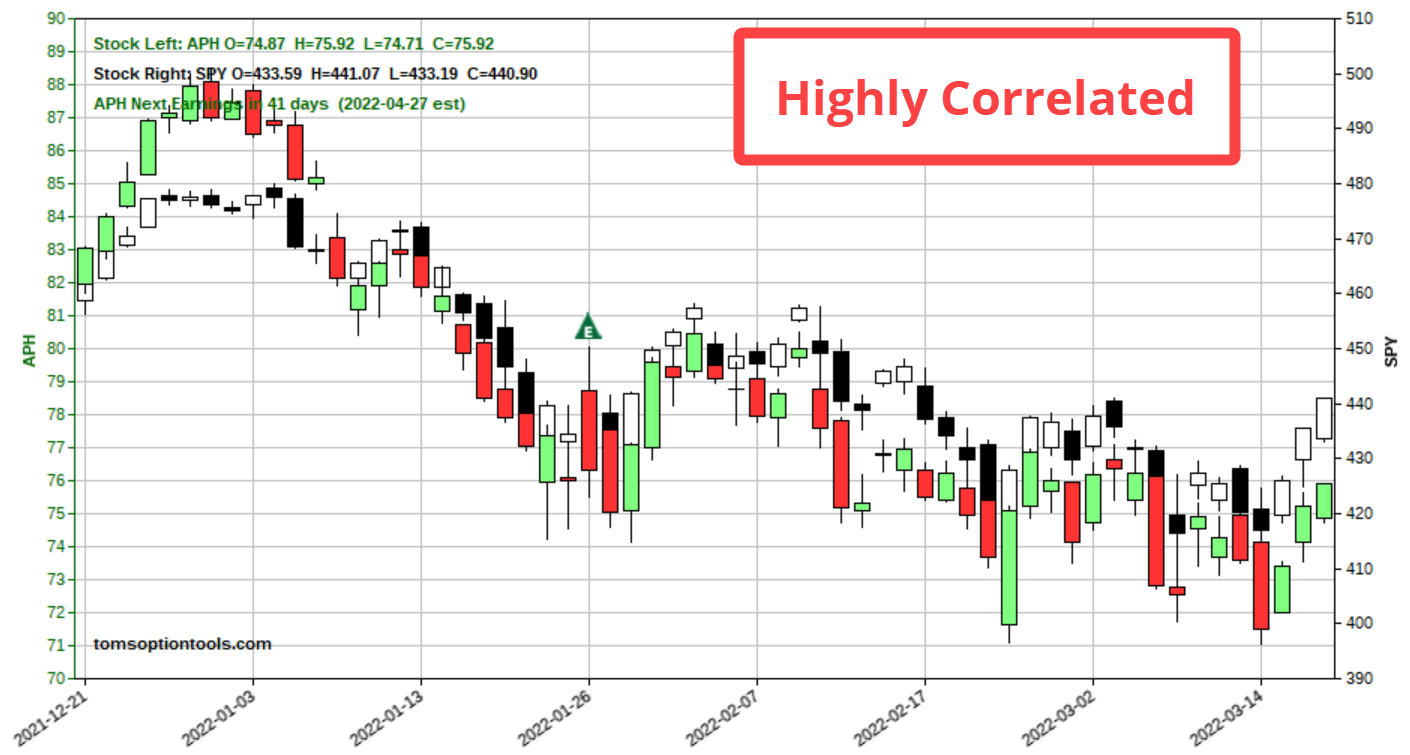 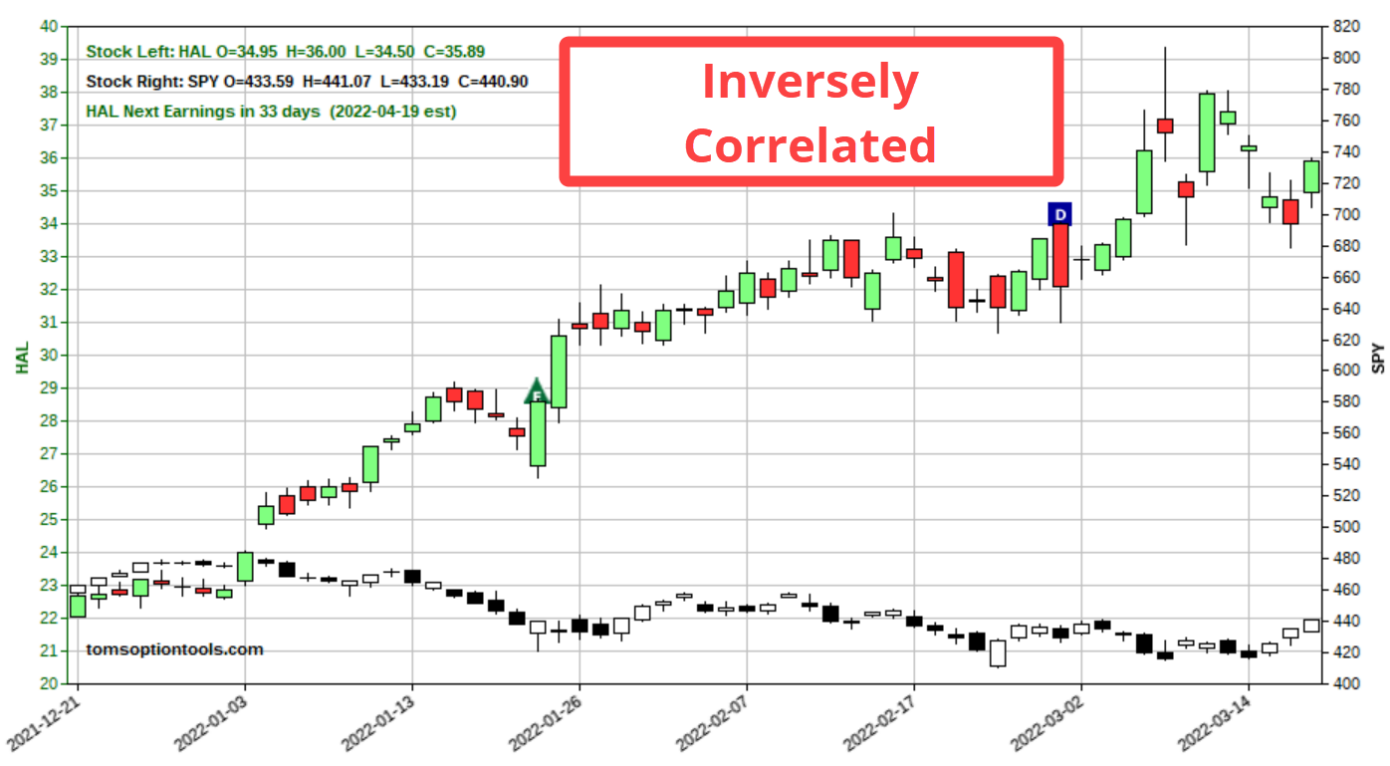 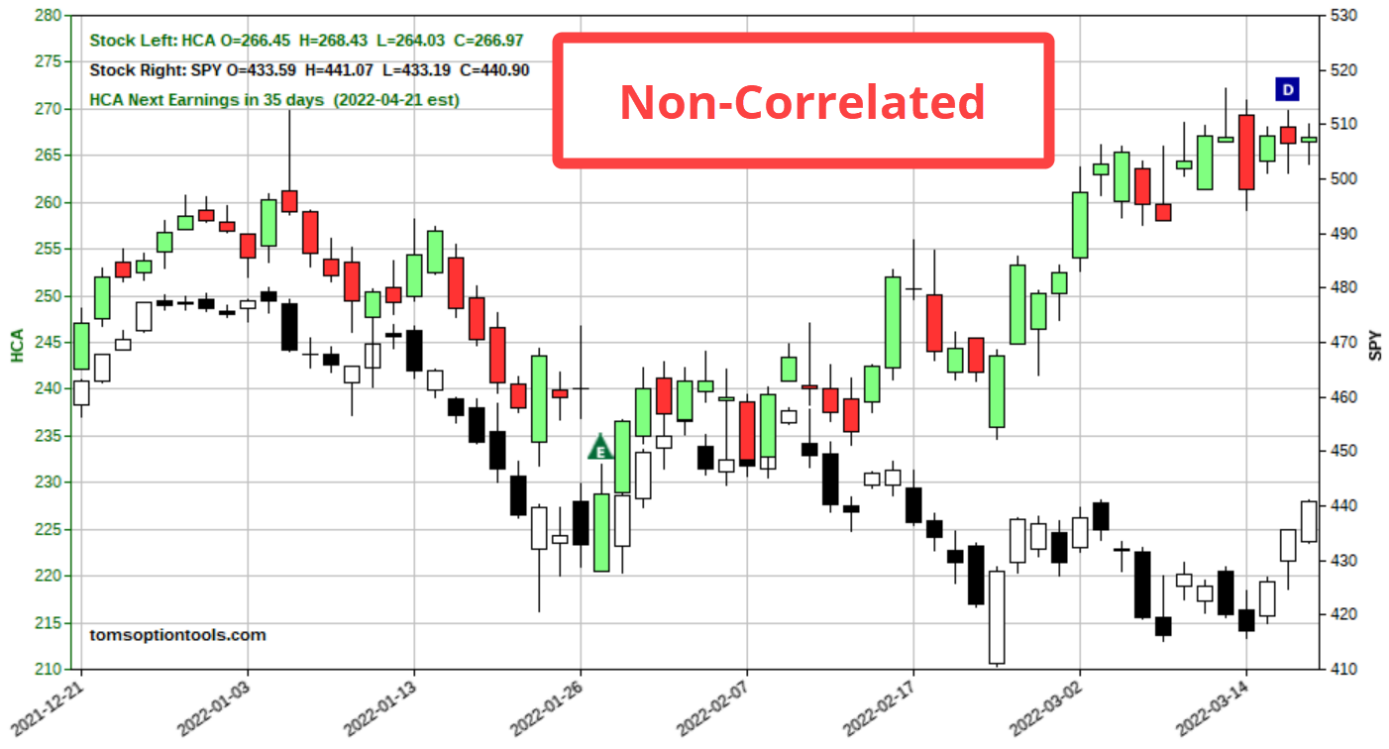 I’ll be back Monday at 11:30 a.m. ET for another Power Profit Trades LIVE session, and I hope to see you there!