If you’re new to trading or investing, you may not know the term “FAANG stocks” – but you definitely know these companies.

The acronym “FAANG” stands for five of the largest companies on the stock exchange, or the world for that matter:

Before I get into what’s going on with the FAANGs, let’s check out Rivian Automotive (RIVN) , which I’ve been talking about for weeks.

Operation Surge Strike has been tracking RIVN since BRUTUS flagged it as a potential trigger event worth watching. 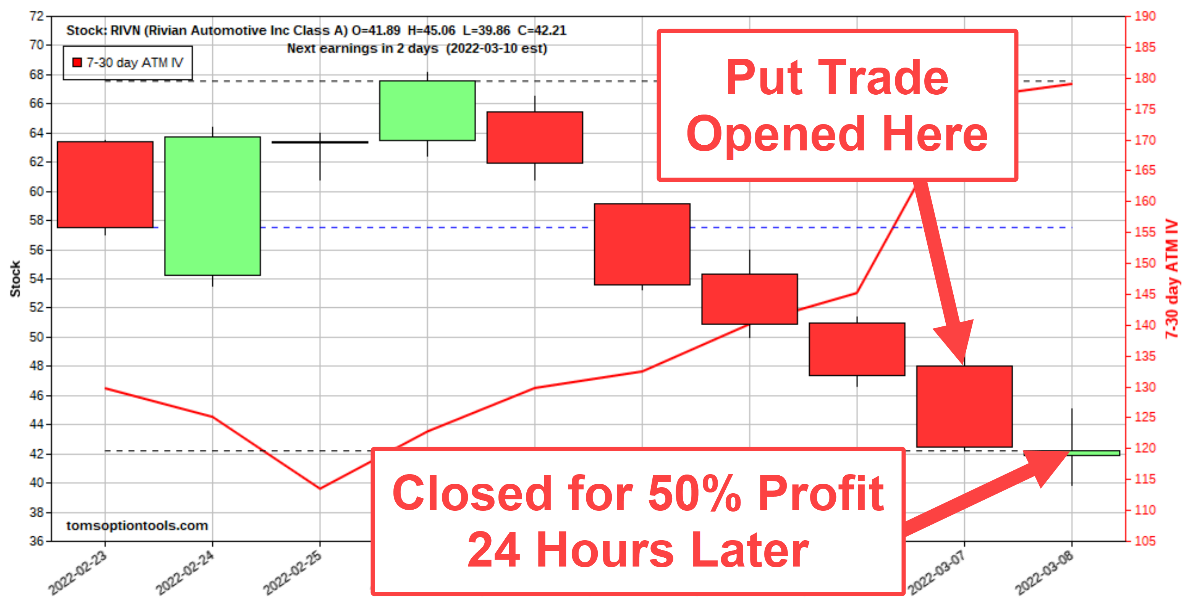 On Monday morning, the alert went out to Operation Surge Strike members letting them know it was time to get in on RIVN!

Within 24 hours, that target was hit and we made our 50% profit!

In yesterday’s session, I covered the RIVN trade from start to finish, as well as a couple other trades we closed out in March, like Salesforce.com, Inc. (CRM).

The Power Profit Trades LIVE session today starts at 11:30 a.m. ET, and I’m going to be covering the FAANG stocks!

During Monday’s session I talked about my United States Oil ETF (USO) LONG positions, which I entered back when the price of USO was in the $60’s.

I was anticipating hitting that target relatively soon, but to my surprise USO gapped above my target of $85 yesterday morning, as President Biden announced plans to ban Russian oil imports, sending crude prices higher. 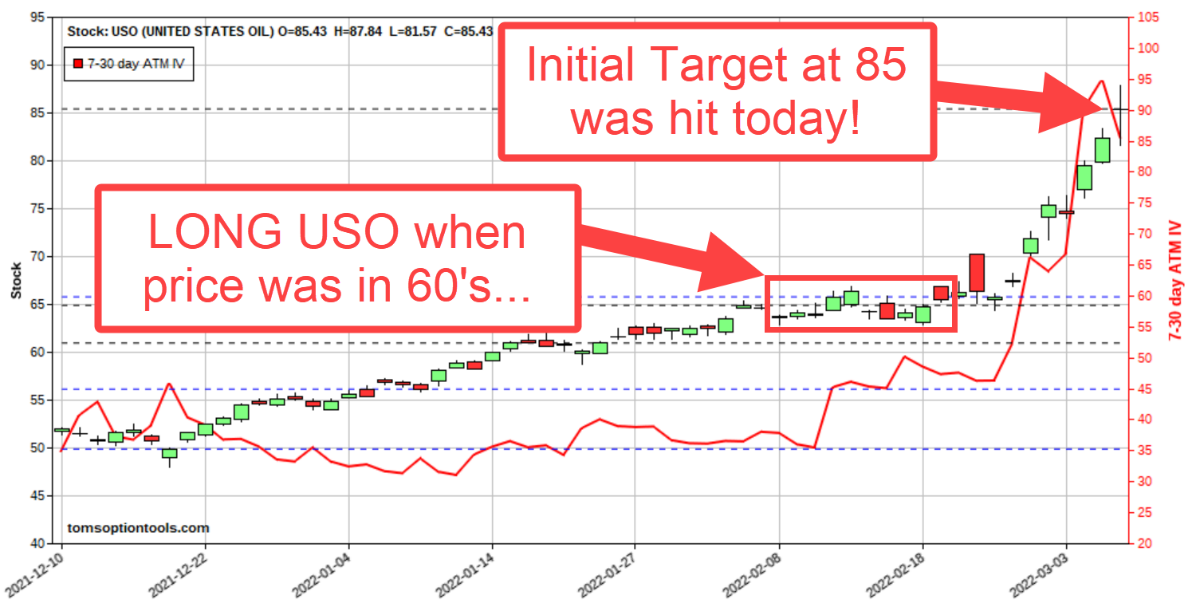 Catch the replay of yesterday’s session to learn more about how I am positioning trades around the rising crude oil prices!

That leads me to the FAANG stocks…

The two biggest expenses for any company are labor and cost of delivery.

Labor is the most expensive, and I’ll be talking more about that in an upcoming Power Profit Trades LIVE session.

The second most expensive is the cost of delivery… and rising crude oil prices is making that even more costly.

One of the FAANGs hit hardest by the rising cost of oil is Amazon.com, Inc. (AMZN).

Rising oil and gas prices impact shipping costs, and any time you buy something on Amazon.com (other than digital goods), they have to ship it to you.

I believe that’s part of the reason we see AMZN making new lows. 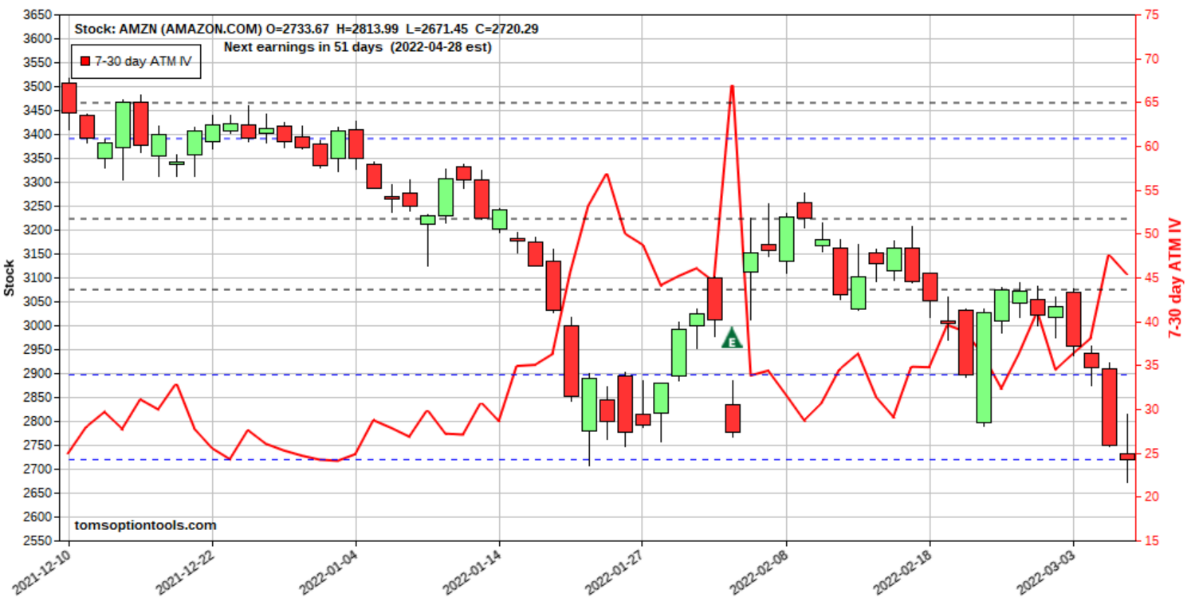 One pattern I’m seeing on several of the FAANG stocks is a Triple Bottom, and that could mean potential bullish opportunities… but I’m waiting for some very specific signals before I start considering them for trades!

The first Triple Bottom was AMZN (see chart above).

The problem here is that we just closed below the recent lows (when referencing lowest candle close prices).

Apple Inc (AAPL) is the next member of the Triple Bottom Club!

AAPL has been holding its own better than the other FAANGs, with a baseline around $158; but when looking at the recent close prices, it actually just closed below its lows from late January as well! 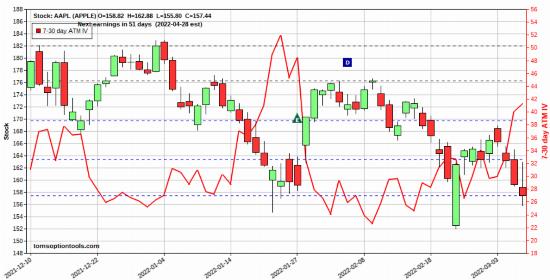 Alphabet Inc (GOOGL) is the final member of the FAANG Triple Bottom Club.

Interestingly, it got CLOSE to the recent lows, but has managed to stay just above them, establishing a much more solid baseline right around the $2,500 area. 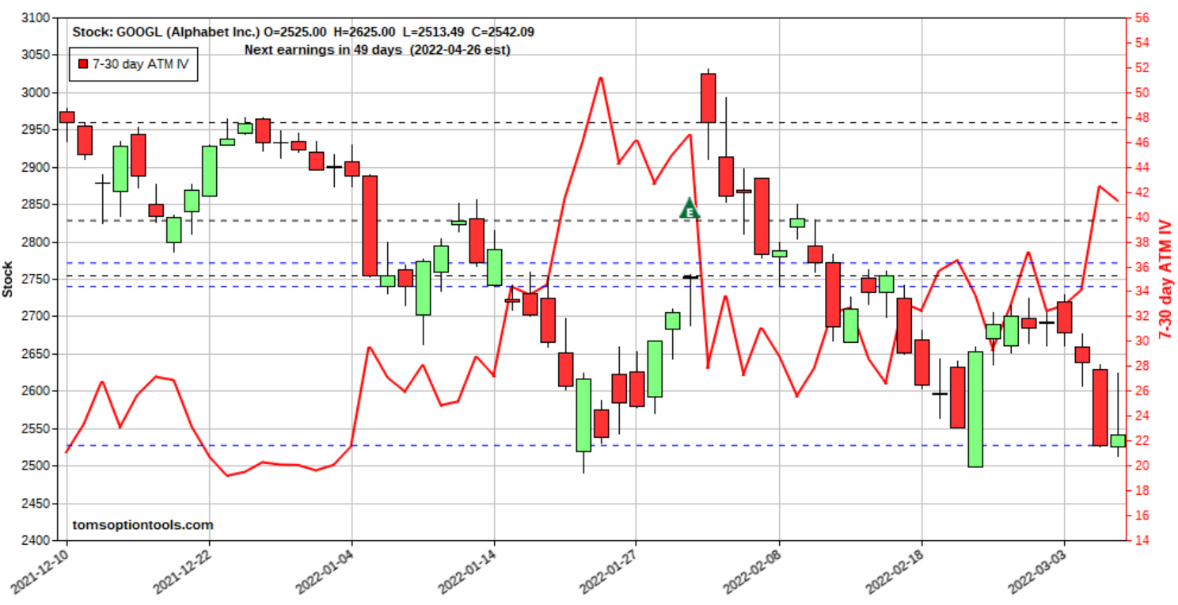 Be sure to join me at 11:30 a.m. ET for the Power Profit Trades LIVE session where we’ll be covering even more options trades coming in March.