No matter what technical tools we have at our disposal, certain events can happen – global or domestic – that we just have no way of predicting.

While these “prediction indicators” (like the relative strength index and the moving average convergence divergence) can warn us of trends that are forming and reversing, they can’t tell us how the markets are reacting right now.

Instead, what we need is a reliable technique that will tell us how the markets are reacting to any event … in real time.

Luckily… I’ve got it… and it happens to be one of my favorites.

You’ve seen me use it many times, including in one of our discussions last week.

The Basics of Japanese Candlestick Charting

It’s been nearly a year since we first started talking here at Power Profit Trades. As you know, I’m a rules-based trader who likes to find trades based on ten years’ worth of back tested data on specific stocks and exchange traded funds (ETFs).

I use my own propriety tool, The Money Calendar, to find trades and favor 10 years of data because… well… of all the other time frames I’ve tested, this is the one that suits me the best. And as you know, I favor patterns that have worked for a pretty decent length of time.

While you’ve seen how my system works in many case studies, I want to show you a reliable indicator I use that’s been around since the 17th century. It’s still one of the most relevant and viable forms of technical analysis used today.

Japanese rice farmers developed this charting technique, but the man credited as being “the father of the candlestick chart” is a man named Munehisa Homma.

Homma was a rice merchant from Sakata, Japan who followed the pricing patterns of rice to determine future prices. He traded in the Dojima Rice market in Osaka, Japan. And what Homma understood was that the markets, though tied to the supply and demand of rice, were strongly influenced by the emotions of traders and that the value and price of rice heavily depended on traders’ emotions.

When it comes to tracking the markets, you’re probably the most familiar with bar charts like this: 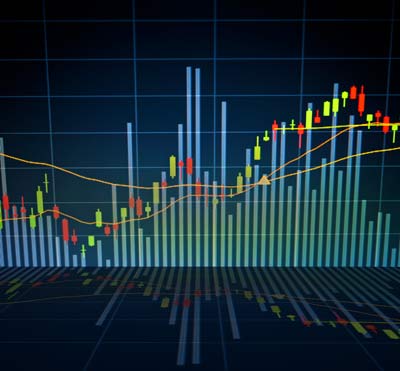 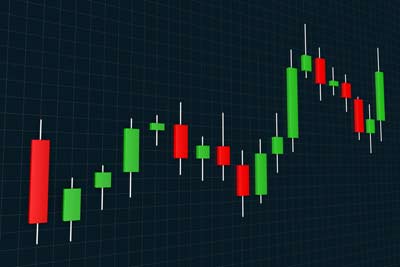 The Japanese candlestick analyzes four different components of price action, whether it be over a one-minute, one-hour, or one-day period of time. A “candlestick” represents the time frame that you’re charting, and it can be any time frame your charting software will allow (even one month’s or year’s price can be encapsulated by one candle).

To keep things simple, we’ll use one day as the period of time that one candlestick represents.

What I like about the Japanese candlestick, though, is the way it’s visually constructed. Like the real body of a candle, a candlestick shows two different colors – each representing whether a stick closed higher or lower than its opening price.

Depending on your charting software, the color coding of the body is usually black or white, but many others use green and red. 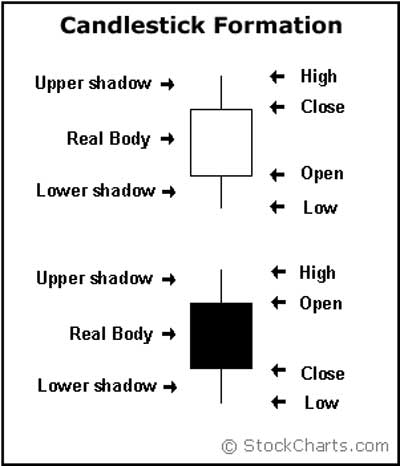 So what does this actually mean?

The basic reason for seeing if a stock closed higher or lower is to determine whether the bulls or bears ultimately won the price battle.

When you see consecutive days where the price closes higher than its opening, then this speaks to a bullish trend. You also want to take a look at whether the price closed at or near its high of the trading day.

Now, where a stock closes on a candlestick in comparison to the last trading day – or last two trading days- is extremely important. And it’s also where this technique shines.

But we won’t be talking about those until later this week. So stay tuned…