It’s Microcurrency Monday, which means we have another Power Profit Trades LIVE session at 11:30 a.m. ET and we will be talking cryptos!

Last week we ended bullish for Bitcoin (BTC) and Ethereum (ETH); but does that mean I’m excited about trading them?

Also, does that mean a bullish outlook for cryptos?

Let’s take a closer look at these moves, then we’ll cover what it will take to start considering them for trades today at 11:30 a.m. ET!

In my Microcurrency Trader group, we cover digital assets, like cryptos, and trade them together each week.

We also have weekly meetings to talk about recent positions and the state of the market, so everyone is on the same page.

I believe this market is coiled like a spring, contracting before it explodes for a huge move – and we are preparing for it in my Microcurrency Trader group!

I’ll talk about that a little more this morning during the LIVE session; but for now, let’s check out the moves made by Bitcoin (BTC) and Ethereum (ETH) last week!

Join me today at 11:30 a.m. ET for another Power Profit Trades LIVE session, where I’ll be talking about Microcurrencies!

Although movement was a little sporadic on Wednesday following the Fed’s interest rate hike announcement in the United States, BTC was still strong moving into the weekend.

On Friday we saw resistance at the $42k area, and despite a bullish Saturday we were not able to break the previous high from March 9.

When should we expect to see a rally on BTC?

Join me today at 11:30 a.m. ET where I’ll be talking about what I’m looking for as a clearer indication of a bullish move for BTC – and cryptos in general! 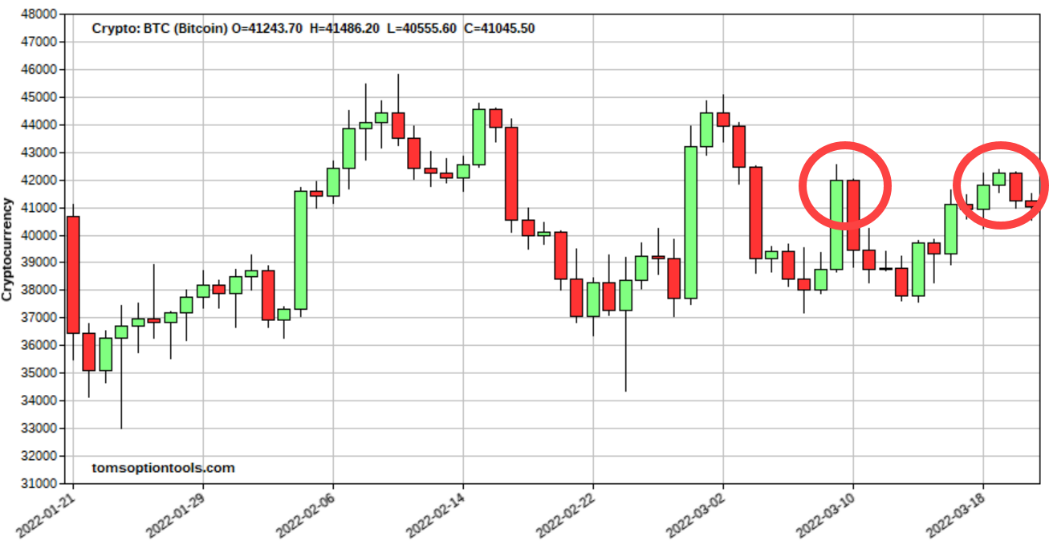 Five out of five of the weekday candles last week were bullish, and ETH went into the weekend with determination to break the high from early March.

Like BTC, however, it couldn’t break that previous resistance level. 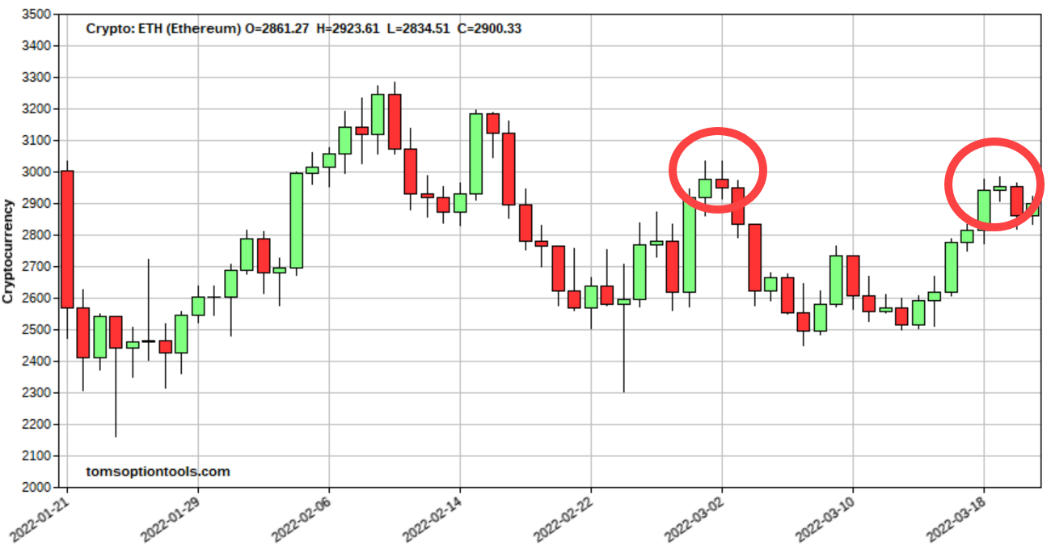 There’s much more to cover in the crypto market, including some Altcoins we’ve been tracking.

Join me for Power Profit Trades LIVE today at 11:30 a.m. ET where we will be discussing this in greater detail!