I want to go over what’s I’m seeing in the market after this big rally we had on Tuesday.

I also have a big, cheap trade for you on a tech stock going into earnings. You don’t even have to bet on direction – the kind of trades I love in Operation Surge Strike!

All this, and more, were covered during my session yesterday, and you can catch that replay here.

Our big surprise of the day – the SPDR Gold Trust (GLD) is back!

Remember on Tuesday we discussed the slight easing of the Russia-Ukraine conflict being bearish for GLD, which caused it to gap down (1 on the chart below).

Now there’s confusion about the increase in Russia’s forces and what’s actually going on – and confusion is GOOD for GLD, as you can see from the gap up yesterday morning (2). 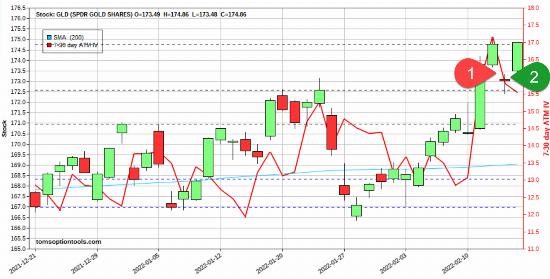 I’ll be keeping an eye on GLD, as well as the Russia-Ukraine tension, in upcoming LIVE sessions, to be sure.

Catch the rest of my market update from yesterday’s LIVE session here, and to learn more about the big, cheap trade idea ahead of earnings.

When looking for stocks to focus on, I have found looking at the applicable market indexes to be especially telling.

That’s one reason I am drawn to tech stocks!

Take a look at the SPDR S&P 500 ETF Trust (SPY) and SPDR Dow Jones Industrial Average ETF Trust (DIA), which are both slicing back and forth around their 200-Day Simple Moving Averages (the light blue lines on the chart snippets below): 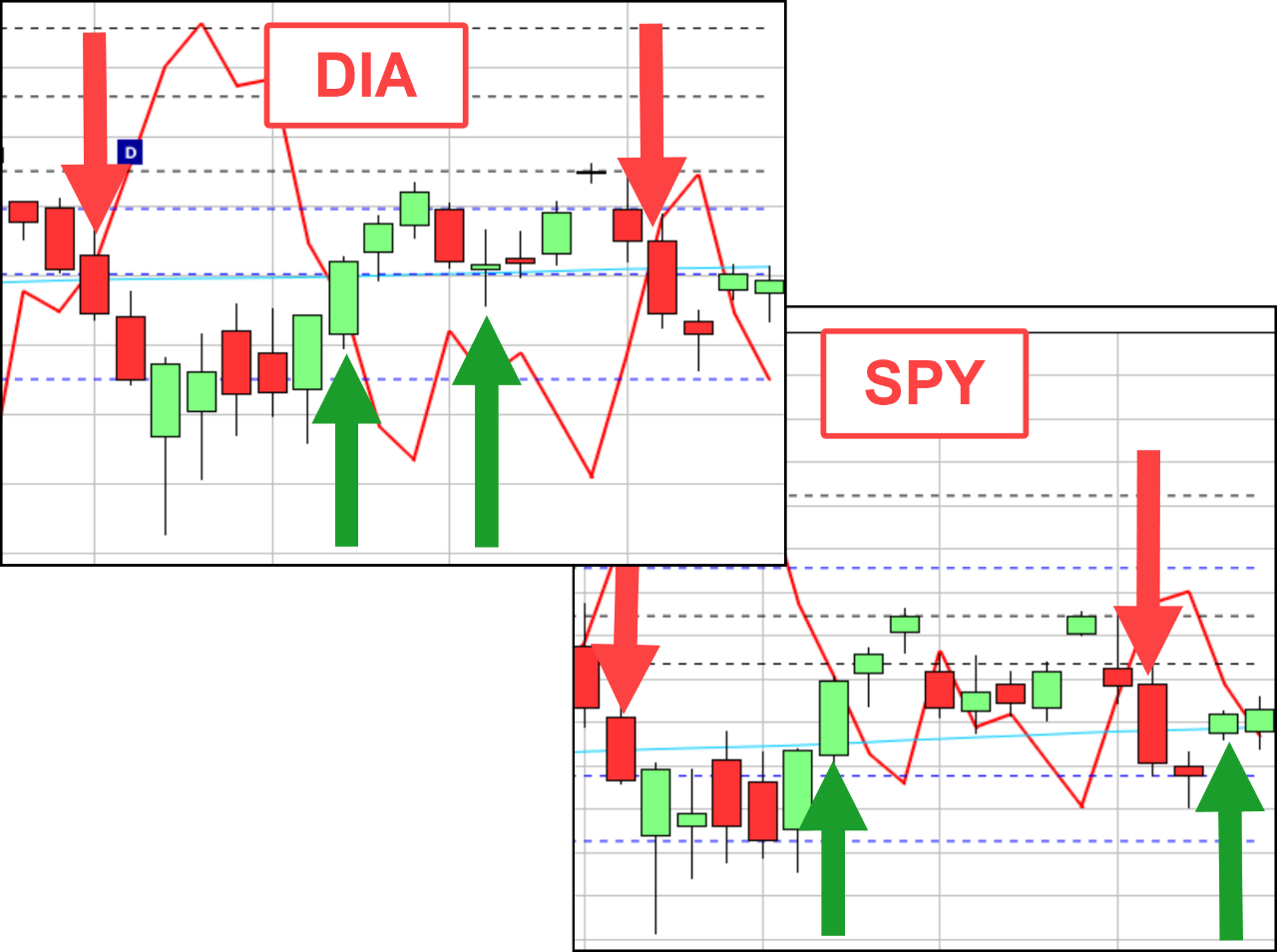 Now, how about the tech-heavy Invesco QQQ Trust (QQQ)? 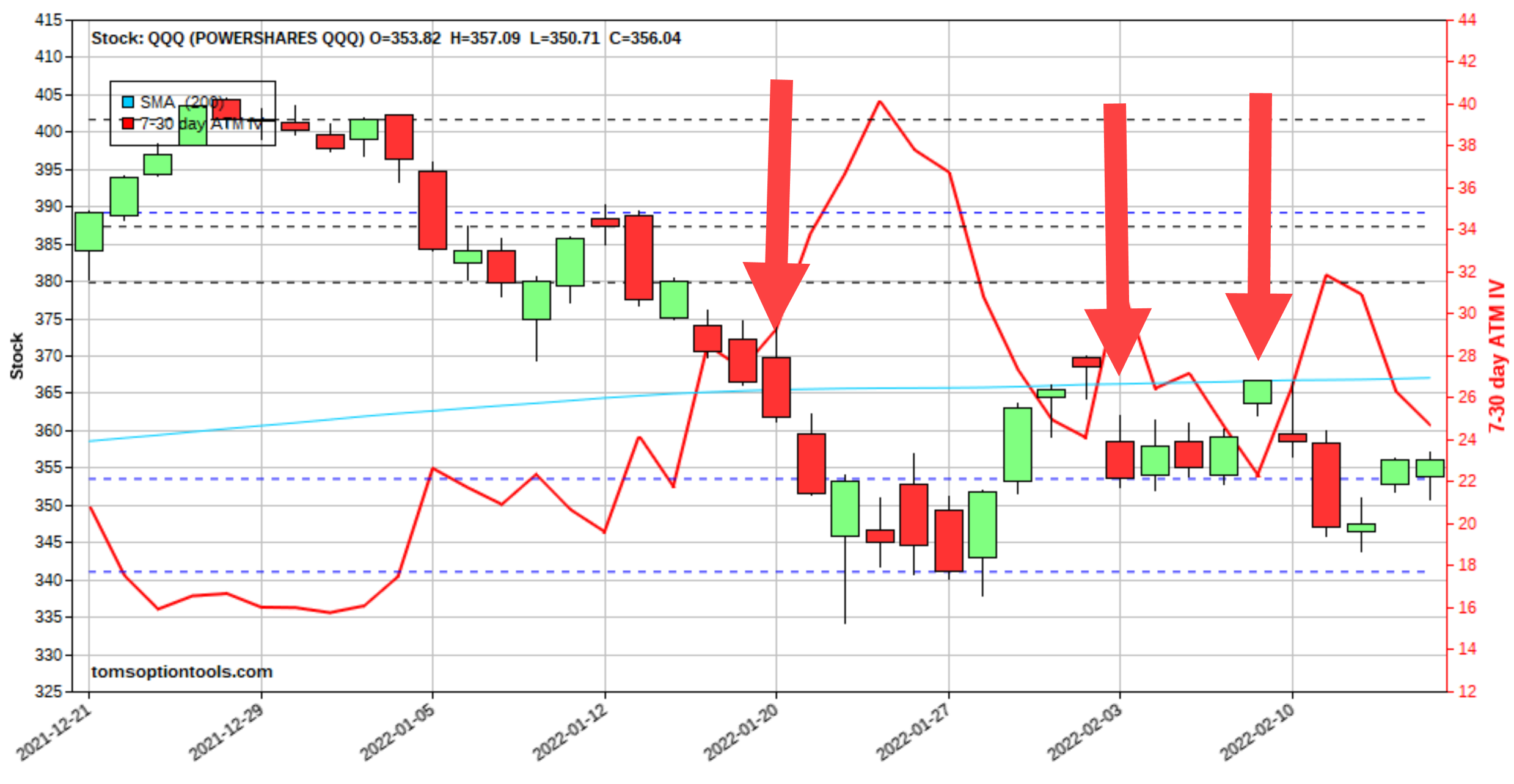 It sliced below and has been using the 200-Day Simple Moving Average as an overhead ceiling for the last couple runs up.

This is something else I’ll be watching closely in the coming days.

Digging deeper into tech, one stock we went over during yesterday’s Power Profit Trades LIVE hour was one you’re likely familiar with.

It emerged on my radar as I went through my Operation Surge Strike checklist, hunting a potential long straddle candidate. 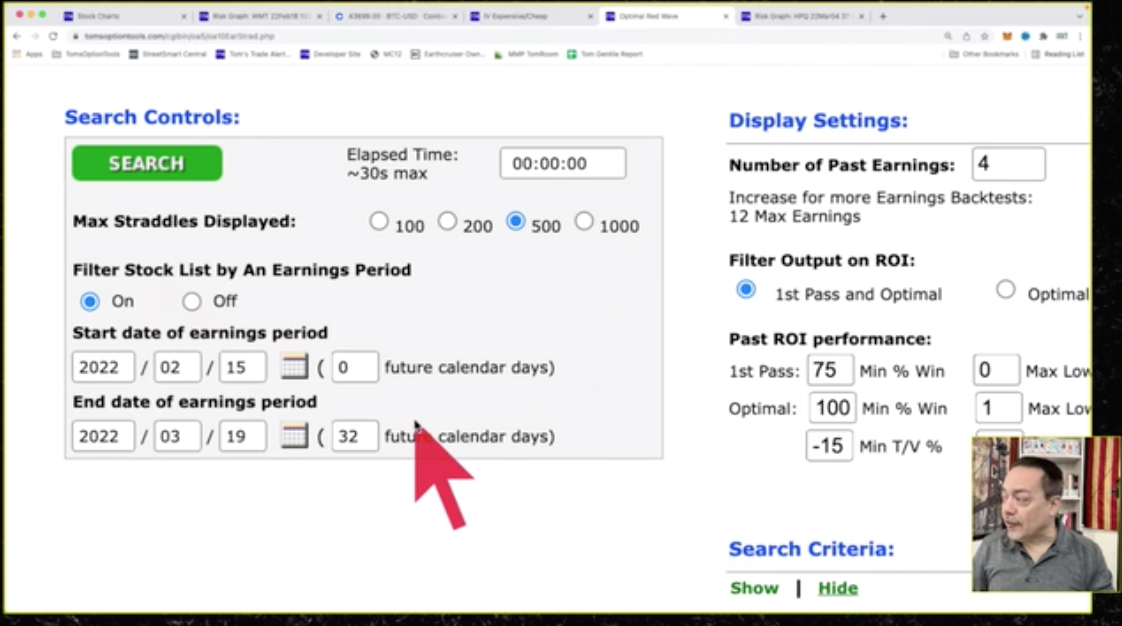 The idea was to find a short-term straddle play to capture rising implied volatility (IV) heading into earnings.

My BRUTUS software helped me find Hewlett-Packard (HPQ), which reports earnings in less than two weeks.

Because HPQ has wishy-washy earnings reactions recently, we decided to go with a relatively directionless play – as opposed to buying a lone call or put option – buying to open the $37-strike straddle expiring March 4. 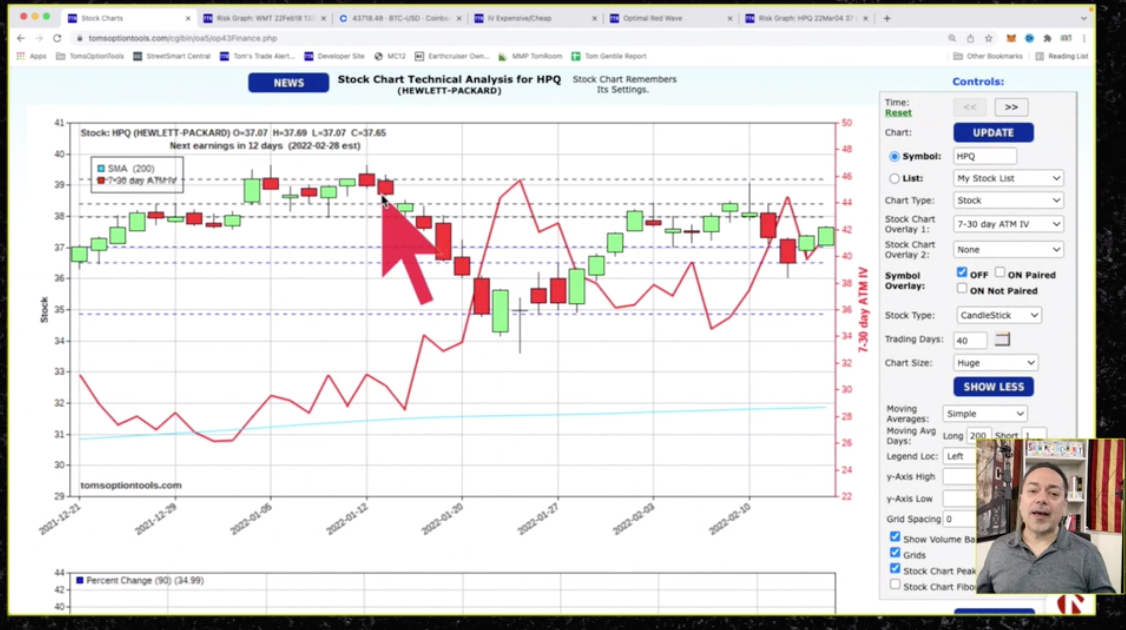 This expiration series encompasses the expected earnings and inflated IV, but I would want to be out of this trade idea on either Feb. 25 or Feb. 28 – not holding into the actual report.

For more information about the HPQ trade idea, check out the replay from yesterday’s session! And for more trade ideas around earnings and other “trigger events,” join my Surge Strike team!