My proprietary tools have been telling us to stay bullish on SPDR Gold Trust (GLD) lately, and I’ve been talking for weeks about a target of $175.

With all the uncertainty around world events, gold – long considered a “safe haven” because it’s a tangible asset – has been rising, and yesterday GLD gapped well above that target and kept right on going! 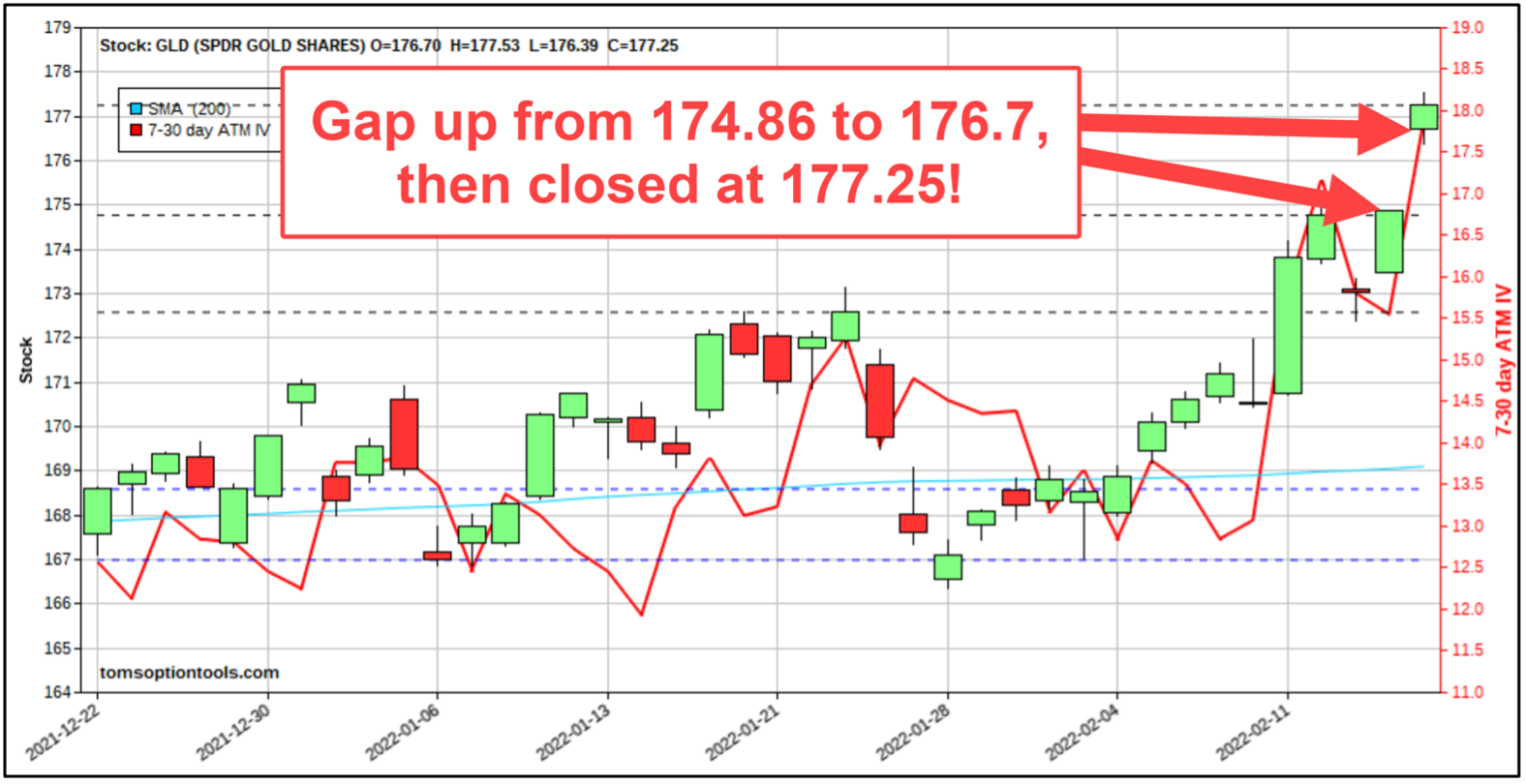 But there are even more signs that Wall Street is on the defensive.

To start, a couple of stocks have emerged at the top of my scans – including my A.I. trigger event system, BRUTUS – which caught my interest.

I’d normally see tech stocks like Nvidia (NVDA) or Google parent Alphabet (GOOGL) hitting a number of my scans, but the stocks rising to the cream of the crop these days aren’t the usual headline-makers…

And in today’s newsletter, I’ll tell you why they could be “1-inch putt” trades for my Surge Strike team!

Time to Go on the Defensive?

Why is that such a big deal?

The insurance and cereal sectors aren’t necessarily known as high-risk.

During uncertain and turbulent times, people turn to their “safe havens,” so it comes as no surprise that two of the best setups we have coming up are in insurance and groceries! You’ll always need both, no matter the geopolitical backdrop.

This just confirms that Wall Street is nervous about the Russia-Ukraine conflict, among other things.

But what REALLY caught my eye were the multiple strategy signals, including in Operation Surge Strike.

I could be trading PGR and GIS soon – bullish or bearishly, depending on what the data tells me – as they are setting up to be fantastic “1-inch putt” trades (we will talk more about what that means next week).

If you want to be the first to hear about trigger events and trade ideas from my proprietary A.I. scanner, join my Surge Strike team!

Speaking of next seek, it should be noted that I’ll be out having fun with some of my top-tier premium trading family, so no 11:30 a.m. Power Profit Trades sessions until Monday, Feb. 28.

I’ll be covering these stocks, along with several others that have earnings coming next week, in future editions of the Power Profit Trades newsletter.

Have a great weekend,